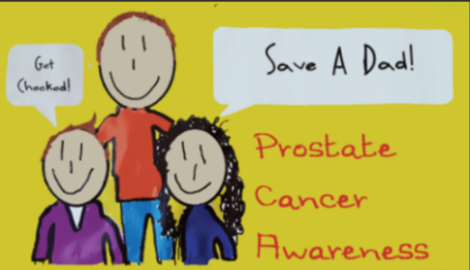 Save your Dad, he's worth it 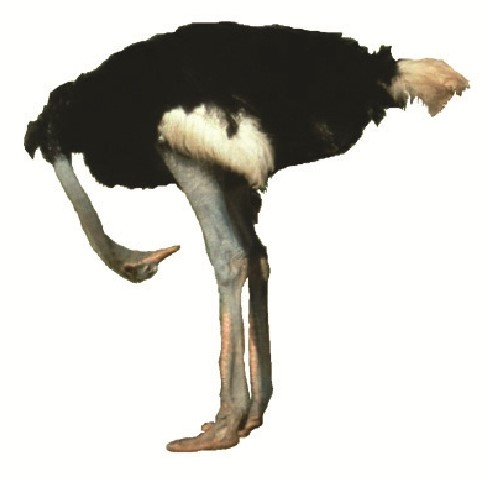 I was diagnosed with prostate cancer in 2008, it was advanced and spread just outside the capsule, my PSA was 25, I assumed that I would die within 6 months because of it.

The only treatment I could have was radiotherapy or hormone treatment. I decided to have radiotherapy but was very worried about it. We were given a leaflet, by the hospital, for our local group that invited us to attend their meetings but as I had worked all over the world on very large projects as a manager, sorting problems out etc, I said I did not need any support and didn’t want to attend.

My wife persuaded me to attend and on the night of the meeting we went into the meeting room and met many men and their partners who made us very welcome. We had some drinks and then the Chairman started the meeting.

He went round the room and asked everyone to discuss where they were up to with their treatment, the first men had PSA’s of 5/ 10/15 etc. and I thought this means I am definitely not going to survive for long. We then got on to people with higher PSA’s and the last one’s reading was 1,000and he had been diagnosed 15 years earlier.

I decided that from that moment on I would not worry about my cancer and just get on with my life which I have done for the past 14 years.

One of the members who had had the radiotherapy treatment that I was offered came to talk to me and explained how the treatment was given and the side effects that were possible, after him and his wife speaking to me I was no longer worried about the treatment and went ahead with it.

I strongly recommend that, if you have been diagnosed with prostate cancer, that you attend one of our group meetings that are held all over the country to get advice and reassurance by meeting people who ‘have been there and done it’. There is no charge for attending our meetings.

There will be people there who have had most types of treatment that you can talk to and if the treatment you have been offered is not one that the attendees have had they can put you in contact with people in other groups that have had it.

It’s a fact that in many cases prostate cancer can be slow growing and may not cause any problems during a man's lifetime. However, some men will have fast growing cancer that requires treatment to prevent it spreading outside the prostate gland, with the inevitable consequence. Early diagnosis is the key, finding it before it spreads, but as 80% of men will have no symptoms at all, and therefore no reason to seek advice, how do you find out whether you are OK or not?

The PSA test is the only readily available test. As a one off it is not the most reliable as certain activities and conditions can skew the result. However, a friend’s advice to me some 15 years ago to “get a PSA test done every year and keep an eye on the pattern” (now known as PSA velocity) proved to be very important.

So, I had my first PSA test (a simple blood test, no rubber gloves). The result was normal but, on his advice, I repeated the PSA test on an annual basis. Each year the PSA level increased a little, which it does with age, until December 2012 when it rose above the norm and was 50% up on the previous year – not earth shattering by any means, but an indication that something may be wrong.

My initial reaction was to do nothing as I had no symptoms and the PSA elevation was relatively tiny - on a scale that can run into thousands it was 4.9 when, for my age then, it should be less than 4. However, further examination showed lumps that shouldn’t be there and subsequent biopsies showed significant cancer (50% of biopsies) at an aggression level that needed treatment. In an effort to wimp out of treatment, I saw another oncologist who confirmed that “active surveillance”, as they call it, was not a wise option.

The positive news was that an MRI scan showed the cancer was still in the early stages and was contained within the prostate. I was treated in March 2013 at The Christie by brachytherapy (surgically implanted radioactive seeds) and the treatment was deemed successful with no side effects at all apart from being radioactive for 4 months (really). I had one awkward moment some four months after the operation when I had to explain to two burly officials at Athens airport how I had managed to set off their radioactivity alarms!

My last PSA test was two weeks ago and measured 0.1 as it has for the past four years or more, so almost 10 years on things are still looking good – because the cancer was found and treated early.

Remember, I had no symptoms whatsoever. It was only because of my friend’s advice that my cancer was found and found early enough to act on it successfully.

So why am I telling you all this? The answer’s simple - maybe you can learn from my experience. The PSA test is a simple blood test; it only takes a few minutes and it could save your life as it did mine.

8 years ago Phil asked me if I’d had a recent PSA test.

Why should I, I thought? I’ve won my class in the international Mountain Marathon eight times and regularly bike ride the big hills in the Yorkshire Dales. I feel perfectly fit and well

So surely, I’m not a candidate for Prostate Cancer.

Ok I’ll have a test just so I can tick that box.

The blood results were quickly back and showed a raised PSA.

Further tests followed with my consultant and it was confirmed that I had early-stage Prostate Cancer.

Having caught it relatively early I was put on active surveillance meaning 3 monthly blood tests to monitor its progress. All remained pretty stable for the next few years until my PSA started to rise uncomfortably. At which stage my consultant said “doing nothing was not an option as you don’t want the cancer to break out of the Prostate”.

So, 2 years ago I had a Radical Prostatectomy (removal of the Prostate) and so far so good. Since then, my golf handicap has come down so that was an added bonus.

If you do nothing else this autumn make sure you get a PSA test.

I had had regular PSA checks for several years because of a family history of Prostate Cancer.

My PSA blood test was low but had shown a rising trend from my initial PSA test. I was referred for further investigations and this is when my Prostate Cancer was diagnosed.

I have 2 sons and I have encouraged them to get a PSA blood test regularly because of the family history of the disease.

Within my cancer nursing role approximately 150 men were diagnosed with Prostate Cancer annually.

Men and their families were unable to talk about this cancer and felt isolated. Three of those men whilst recovering from surgery started to chat about their experiences and suggested there should be a group where they could all talk openly and freely in a safe and secure environment.

This is when our local group supported by hospital staff was formed 18 years ago.

The group has continued to evolve supporting patients and their families whilst connecting with other local and national groups.

I am now retired from my role as Clinical Nurse Specialist but continue to be involved with the group.

My prostate cancer journey began with a honest answer to a simple question asked at my what I call my annual medical MOT in early 2010. “Do I have any concerns?” My answer was I think I’m going to the toilet more often during the night with a little more urgency at times.

With luck I was speaking to a switched-on clinical nurse, who sent me for a blood test. At this point I had no idea about the prostate or it symptoms and the importance of the PSA test to give an indication of its health. The result of the first PSA test was a phone call from my GP asking me see him, again luck would have it, he too was switched on to the odds of 1 in 8 of being diagnosed with PC and insisted I go for a second PSA blood test, which as it turned out confirmed that I needed further investigation to confirm the prognosis.

So my journey began, MRI, biopsy, hormone tablets, CT scans, High Dosage Brachytherapy and finally external beam radiotherapy. At times it was a struggle both mentally and physically, but I came out the other end determined to educate awareness of the prostate and encourage men to talk and sometimes insist on the simple blood test that could save their lives and avoid unnecessary suffering both for themselves and the family they hold dear.

I am learning every day of the progress in research into better detection and treatment of this disease that effects too many and that is why I feel privileged to participate and support the helpline.